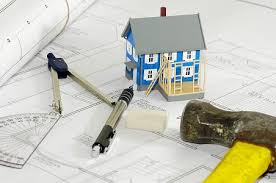 Remodeling may have been hit hard by the recession, but demographics, an aging housing stock and a recovering economy give us plenty of reason to believe the industry is poised for recovery, according to the Harvard University Joint Center for Housing Studies’ biennial report on the industry.

Harvard estimates the remodeling was a $286 billion industry in 2009–down 12 percent from the $326 billion peak in 2007, but still above 2005 levels and nearly twice the size of the market in 1995.  The biggest hit came in the owner-occupied improvement category, though–the sweet spot for many remodelers.

“Maintenance expenditures and rental expenditures didn’t really drop at all,” says Kermit Baker, director of the Joint Center’s Remodeling Futures program.  “In fact, it increased to some extent.  If you look only at owner improvements, that was actually down somewhere between 20 to 25 percent from peak to trough.  That’s what many remodelers are seeing.”

While we won’t return to the over-the-top spending of the last decade, the first half of this decade should see steady growth of 3.5 percent a year in the remodeling market, the Joint Center predicts.  That’s on par with the market growth in the late 1990s, but well below the 12 percent average annual growth from 2003 to 2007.

“It’s kind of back to business as usual, but not overly accelerating,” Baker says.  “I don’t think there were many people who were living through the 2003 to 2007 period that thought this was going to be a normal level of remodeling activity.”

Remodeling tends to closely followed the strength of the overall economy.  According to Joint Center estimates, remodeling accounted for about 2 percent of total spending in the U.S. economy in 1995 and 2009, growing at an annual rate of 4.75 percent compared to 4.71 percent for the overall economy.

“When the market was growing, it was growing because there was a fairly thin slice spending a lot more on home improvements,” Baker says.  “Just getting that back to normal implies a different mix of projects.”

This means remodelers probably shouldn’t expect as many of the big-ticket projects as they saw during the boom.  Instead, the market will be driven by smaller projects that are aimed at maintaining and improving homes for the way clients lives rather than with an eye toward resale.  While that may be painful for those remodelers that cater to the high-end clients, it’s key to a more stable industry, Baker says.

The ease of entry into the remodeling market continues  to make it a market made up mostly of smaller firms.  Using the latest numbers available, from the 2007 economic census, Harvard estimates there were 650,000 firms that reported receiving the majority of their revenue from remodeling.  That continued fragmentation of the industry makes it difficult to encourage professionalism and adherence to the rules and regulations of the industry, such as the Lead Renovation, Repair and Painting Rule.

“You don’t have folks that are committed to the industry for the long run,” Baker says.  “They’re kind of in it while they’re looking for a more permanent job or in it to take advantage of an upturn.”

The increase in foreclosures and other distressed properties has played a major role in the decline in remodeling.  The high rate of foreclosures has also played a significant role in depressing home prices.  With declining prices, homeowners are much less likely to invest in their homes or may be unable to because of the lack of home equity financing.

However, as more foreclosures work their way through the system and are purchased, the new homeowners will likely find there is substantial work to be done, especially with the average home spending 500 days in the foreclosure process, Baker says.

Harvard cites a spring 2010 study from the Home Improvement Research Institute that found that buyers of distressed homes spent, on average, 15 percent more on home improvements in the first year of ownership compared to other buyers.  Most of the homes in that study were short sales, Baker says.  As more foreclosures go on the market, that difference is almost certain to increase.

“The level of distress for those properties is not nearly what we’re going to see when this wave of foreclosures comes through,” he says.

By Jonathan Sweet, Editor in Chief